One of Venturra portfolio and a global venture capital firm, Antler, has made a pre-seed investment of £960,000 in eight UK technology startups.

Each of the eight startups, which work in fields such as fintech, ecommerce, and data analytics, will get £120,000, as exclusively shared with UKTN.

In an interview with UKTN, Antler partner Ollie Purdue stated, "In every Antler cohort, we work with great founders who have the grit and determination to develop world-class software firms."

"At the conclusion of the process, we decided to invest in these eight companies because they are either tackling big social and economic concerns or working in industries witnessing rapid development."

The entire list of the eight tech startups are as follows:

Baselime: A firm that provides enterprise software that allows developers to monitor cloud services. It follows on from Sequoia Capital's £1.5 million pre-seed fundraising round in July.

Cobble: A debt repayment platform focused at assisting Africans in making payments in order to improve their credit score.

SunshineText: A service that advises activities to do in London with pals.

"Despite the uncertainties and economic volatility, today is really a very opportune time to build a digital firm and become a founder," said Jed Rose, partner at Antler.

"The global tech slowdown is having an impact on larger, more established firms, and we're seeing a steep drop in later-stage investment rounds for established startups with greater values."

Rose went on to say that this has resulted in a surge of seasoned tech talent eager to start their own company, as well as investors shifting their emphasis to pre-seed and seed-stage startups. He feels that founders wishing to build their firms should capitalize on this "unique mix."

Antler is headquartered in London, with 24 other offices located around Asia Pacific, Europe, the United States, Canada, Brazil, the Middle East, and Africa.

HolonIQ compiles an annual list of the most promising startups in digital health, biotech, MedTech, and other sectors where entrepreneurs are driving healthcare innovation. Three Venturra portfolio companies made it to the list of The 50 Most Promising Health Tech Startups in Southeast Asia. In the system category, there are

Venturra were given recognition from Alibaba Cloud through their collaborative initiatives with tech ecosystem partners, Asia 10x10. The initiative gives recognition to 100 companies, communities, and projects in ten categories across the region. Ten awardees were chosen for each category. Ventura has been named as one of the notable players 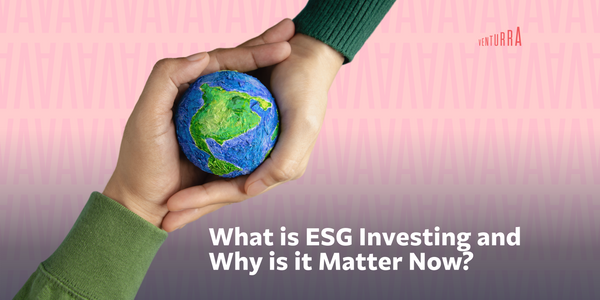 ESG is increasingly being used to assess the alignment of a company's strategies and objectives with initiatives to promote an orderly low-carbon transition. As an increasing number of institutional investors and funds adopt diverse ESG approaches, questions arise. What is ESG? ESG stands for Environmental, Social, and Governance. It’s